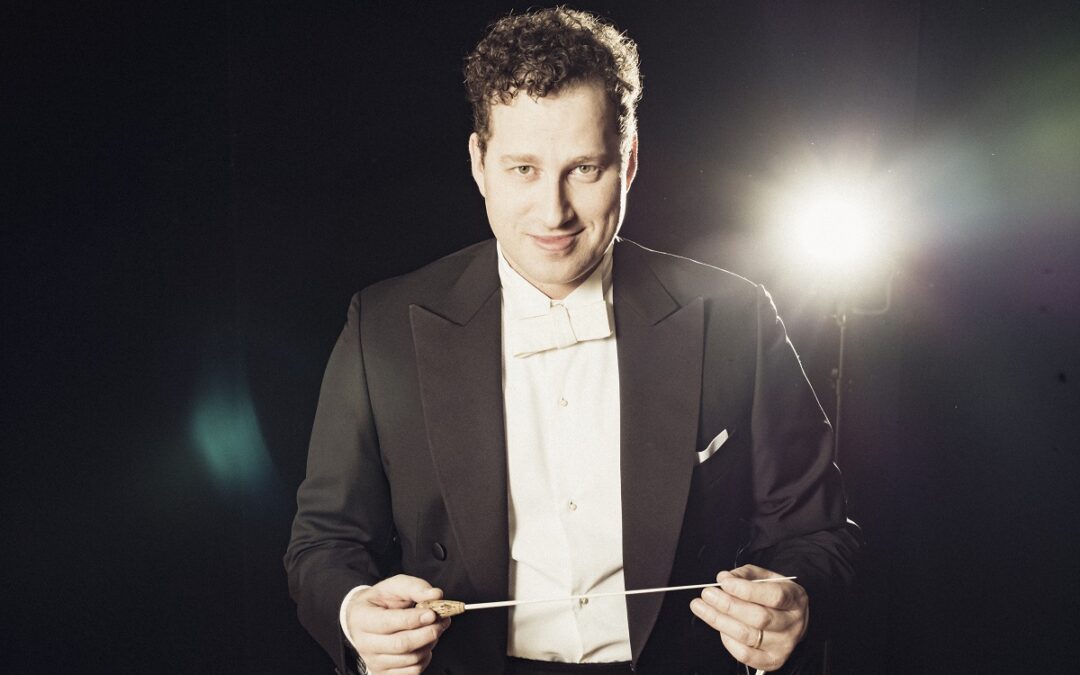 Nikolaj Szeps-Znaider commences his first season as Music Director of the Orchestre national de Lyon this week as planned, with a gala concert on 17 September 2020 featuring soloist, Saleem Ashkar, and narrator, Julie Depardieu, broadcast nationally on France Musique. ­
­ ­ ­
­ With a seating capacity of 2100 in Lyon’s Auditorium, current guidelines allow for 1300 audience members and, up until now, just two concerts have been cancelled by visiting artists, whilst the majority of other programmes to the end of December have been adapted in compliance with the recommendations issued by the Ministry of Culture. ­
­ ­ ­
­ In June, Aline Sam-Giao, Managing Director of the Auditorium-Orchestre national de Lyon, presented the 20/21 programme “as we had dreamed it with Nikolaj Szeps-Znaider“, whilst acknowledging that adjustments would be necessary. Now Aline Sam-Giao has been able to follow up on her June announcement with a message to subscribers: “What a relief it is for me to present to you a season that most closely resembles the one we wanted to offer … Despite these special circumstances and the uncertainties that remain, the whole team joins me in expressing our joy and emotion in welcoming you. We hope to find many of you by our side to bring music back to life in the Auditorium!”

“Le Voyageur”, the title of Nikolaj Szeps-Znaider’s first season, is inspired by a quote from one of Lyon’s most famous former residents, Antoine de Saint-Exupéry: “The real journey is not to travel the desert or to cross great distances underwater, it is to reach an exceptional point where the flavour of the moment bathes all the contours of the inner life.” ­
­ ­ ­
­ “We came up with this title long before any of us could have imagined the circumstances in which we currently find ourselves” says Nikolaj Szeps-Znaider, “and today Saint-Exupéry’s words feel more appropriate than ever. Our goal from the very beginning has been to invite audiences to enter into a musical journey – a journey where there is no need to travel the world because music, like no other art form, has the ability to take us on an internal voyage of a lifetime. During our first season we will follow the journey of music through the 19th century, bringing us to the dawn of the modern world, and our second season will then continue to explore music written as a consequence of this extraordinary era.”

Schumann’s symphonies underpin Nikolaj Szeps-Znaider’s first season with the Orchestre national de Lyon, for an exploration into the composer’s integral role as the bridge between the classical and romantic (26 September, 19 & 21 November, 28 & 30 January, 2 & 5 June). Mahler’s Symphony No. 3 opens the door to the 20th century and music’s ability to express the whole universe in a single work (21 & 23 January), whilst The Alpine Symphony sees Richard Strauss spurn the modern world and take refuge in nature (27 February). The season’s culmination is two specially staged performances of Wagner’s The Flying Dutchman (11 & 13 June) with Emily Magee and Egils Silins in the starring roles, staged by Juliette Deschamps. ­
­ ­ ­
­ The music of Brett Dean (Composer in Focus) features regularly throughout the season, including performances of two new works co-commissioned by the orchestra: Gneixendorf Music, a Winter’s Journey (3 October) and In this Brief Moment. An Evolution Cantata (20 March). Leonard Slatkin (Honorary Musical Director), Sir Andràs Schiff (Artist in Residence) and Ben Glassberg (Associate Guest) all plan to return to Lyon, as do guest artists Joyce diDonato, Ingrid Fliter, Simone Young, Bryce Dessner, Gabriela Montero, Leif Ove Andsnes and the Mahler Chamber Orchestra. ­
­ ­ ­
­ ­ ­
­ Lyon lives on day by day in hope and follows Saint-Exupery’s advice: “A goal without a plan is just a wish.”