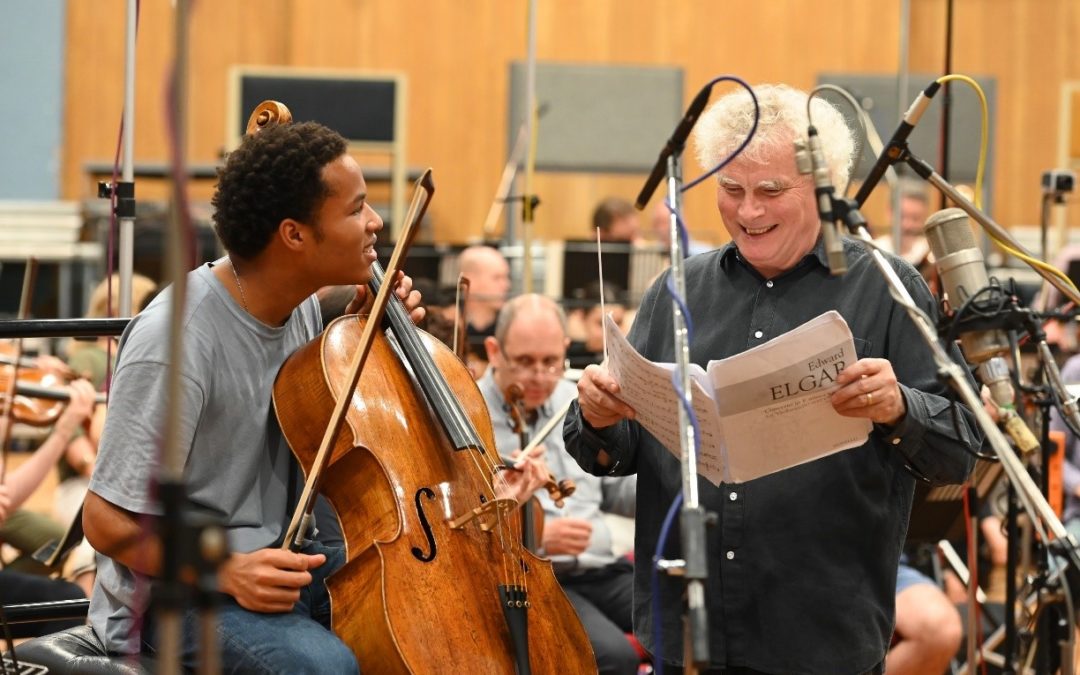 Award-winning cellist Sheku Kanneh-Mason has become the first cellist in the history of the UK charts to land a place in the UK Official Charts Top 10. The news makes Sheku the first British classical instrumentalist in over 30 years to hit the Top 10 after violinist Nigel Kennedy released Vivaldi’s Four Seasons in 1989.

Sheku’s album Elgar, out last Friday on Decca Classics, is a new entry at No.8 in the combined album chart, ahead of new releases from Big Moon and Georgia, placing “the world’s new favourite cellist” (The Times) alongside Stormzy, Lewis Capaldi and Selena Gomez in the ten best-selling records this week. Elgar is also at the top of the UK Classical Artist Chart, giving Sheku his second classical No.1 album. Sheku’s debut album, Inspiration, charted at No.18 in January 2018, and re-entered at No.11 following his performance at the wedding of the Duke and Duchess of Sussex in May 2018, watched by nearly 2 billion people worldwide.

Speaking in-between lessons at the Royal Academy of Music, where he currently studies, Sheku was delighted to learn that he has become the first cellist to land a UK Top 10 record in the pop charts, and has beaten his own chart record: “I am so excited that my album is in the Top 10 of the Official UK Album Chart – thank you Edward Elgar for writing such a fantastic piece of music! And thank you to Sir Simon Rattle and all the other great artists who feature on the recording too.”

Rebecca Allen, President of Decca Records, was delighted to see Sheku in the charts alongside other inspiring young artists: “What a wonderful way to start the new year, and so richly deserved. Sheku is such a fantastic role model for young people and he inspires me every day with his commitment to encouraging others to share his deep love of music. The Decca team are so privileged to work with such a superstar!”

‘The Sheku Effect’ is spreading. Reports from the world-leading examinations board – the Associated Board of the Royal Schools of Music – and the National Schools Symphony Orchestra suggest that uptake in cello tuition and examinations have increased since Sheku’s 2016 BBC Young Musician win. In addition to recording, performing and studying, Sheku leads primary school workshops and masterclasses in his role as Ambassador for music charities London Music Masters and Future Talent.

Last week, the i paper commented, “I can’t think of a better young ambassador for the triumphs of classical music education today”. Today’s unprecedented chart position is further proof of his phenomenal appeal.