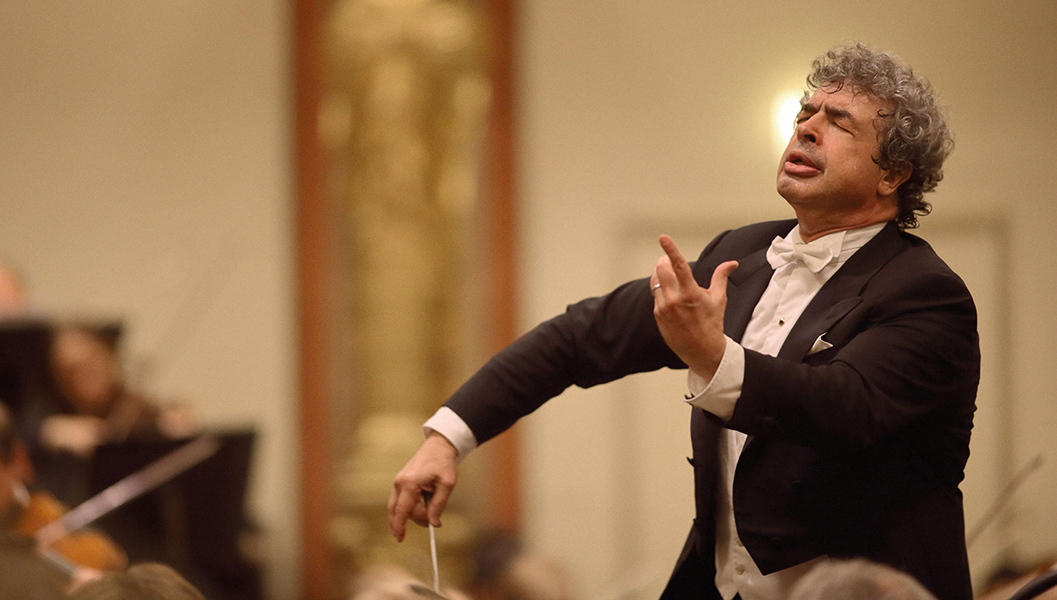 “The Czech Philharmonic is among the very few orchestras that have managed to preserve a unique identity.  In a music world that is increasingly globalized and uniform, the Orchestra’s noble tradition has retained authenticity of expression and sound, making it one of the world’s artistic treasures.  When the orchestra and Czech government asked me to succeed beloved Jiří Bělohlávek, I felt deeply honoured by the trust they were ready to place in me.  There is no greater privilege for an artist than to become part of and lead an institution that shares the same values, the same commitment and the same devotion to the art of music.”       SEMYON BYCHKOV 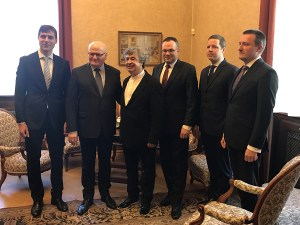 The 121 year old Czech Philharmonic today announced Semyon Bychkov’s appointment as Chief Conductor and Music Director starting in the 2018-19 season.  Bychkov, who first conducted the Orchestra in 2013, is currently Artistic Director: The Tchaikovsky Project which launched last October with Decca’s release of Symphony No. 6 coupled with the Romeo & Juliet Fantasy-Overture.  The Tchaikovsky Project culminates in 2019 with residencies in Prague, Vienna and Paris, and Decca’s release of all Tchaikovsky’s symphonies, the three piano concertos, Romeo & Juliet, Serenade for Strings and Francesca da Rimini.

Referring to the Czech Philharmonic’s performance of Tchaikovsky’s Francesca da Rimini, which marked the opening of Smetana’s Litomyšl Festival 2017, Hospodářské noviny wrote:  “the Czech Philharmonic is currently on excellent form and trusts Semyon Bychkov.  And, being battle-hardened from working around the world with the best orchestras on the planet, he gives the Philharmonic players the room to develop their musical potential.  The result is a unique musical creation.”

As is evidenced by everything that he undertakes, Bychkov’s commitment to the Czech Philharmonic will be total.  In addition to conducting the opening concerts of the season, six subscription weeks and two weeks of studio recordings, he will lead the Orchestra on tour, and at the major Czech festivals and concerts that are an important and integral part of the Orchestra’s presence including Prague Spring, Dvořák’s Prague and Smetana’s Litomyšl.

Josef Špaček, the youngest concertmaster in the Czech Philharmonic’s history, leads an Orchestra that is remarkable for being composed entirely of Czech musicians.  He studied at the Prague Conservatoire, before moving to the US to study at The Juilliard School and Curtis Institute.  Špaček is an “Associate Artist” of the Orchestra, where he combines his role as leader and soloist with the Orchestra, with international engagements as guest soloist and chamber musician: “Maestro Bychkov is a charismatic artist who is artistically uncompromising.  He is never superficial and is a true master of his craft.  For him, music is everything, his entire existence.  He is able to work wonderfully and effectively with the orchestra.  Rehearsals with him are often very strenuous, in part because of his relentless pursuit of perfection, but the artistic result under his leadership is always a unique experience.  His international perspective and activities will bring inestimable added value to the orchestra.  I hold him in the deepest respect.”

The Czech Philharmonic – which in 1896 gave its first concert in its current form under Antonín Dvořák – has an extraordinary and proud history which both reflects its place in the centre of Europe and the country’s turbulent political history.  Acknowledged for its definitive performances of the Czech repertoire – its première recording dates back to 1929 when Chief Conductor, Václav Talich conducted Smetana’s Má vlast for release on 10 discs – the Czech Philharmonic has always had a special relationship with the music of Brahms, Tchaikovsky and Mahler.  Born in what is now part of the Czech Republic, in 1908 Mahler conducted the Orchestra in the première of his Symphony No. 7.

The Czech Philharmonic’s Chief Executive Officer David Mareček and General Manager Robert Hanč welcomed Semyon Bychkov with whom they have worked closely since he first conducted the Orchestra in February 2013 in a programme of Wagner, Mendelssohn and Brahms:  “We are thrilled and delighted that Maestro Semyon Bychkov will be taking up the position of Chief Conductor and Music Director of the Czech Philharmonic.  Maestro Bychkov brings out the very best in our musicians, as did his much-loved predecessor Jiří Bělohlávek, and he also shares many of the same values: uncompromising musical excellence, respect for tradition and a rare gift for communicating great music to the world.  The Czech Philharmonic already enjoys a particularly warm and harmonious relationship with Maestro Bychkov and with his appointment we look forward to building further on that work and to taking our music to ever wider audiences.  With Maestro Bychkov at the helm of the orchestra, the Czech Philharmonic’s future continues to look very bright indeed.”

“I am enormously pleased that one of the world’s leading conductors, Maestro Semyon Bychkov, has accepted the offer made by me and by the orchestra’s CEO, Mr. Mareček, and will become the next Chief Conductor of the Czech Philharmonic.  I am personally acquainted with Mr. Bychkov, and I have great respect for him, not only because of professional excellence and extraordinary artistic talent, but also because of his stances on humanitarian and civic issues.”