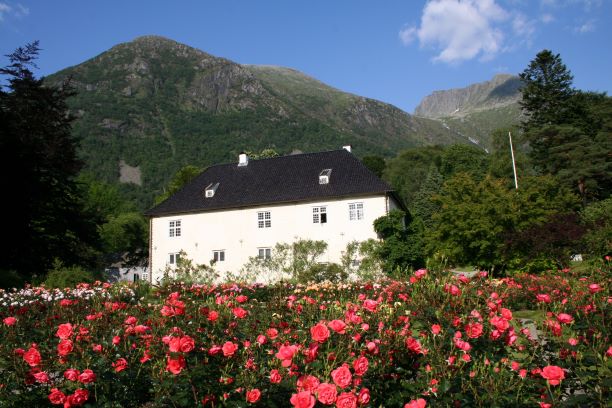 “When we talk about Beethoven we tend to focus on the grand, the struggle, the revolutionary. Yet there is also so much tenderness, intimate confessions, humour and ambiguity in his music. My hope is that we will experience the outstanding diversity of this extraordinary composer during the 2020 Rosendal Festival.”

Now in its fifth year, the 2020 Rosendal Chamber Music Festival celebrates the 250th anniversary of Beethoven’s birth in the beautiful and remote setting on Norway’s west coast fjords. Founder and Artistic Director, Leif Ove Andsnes, is joined by over twenty guest artists and speakers who will offer audiences a glimpse into the composer’s diverse world. “Over four days we shall explore a wide range of repertoire from all periods of his life” says Andsnes, “including works that are both famous and seldom heard, iconic and intimate, with the aim of unravelling the inner world of Beethoven.”

During the festival iconic works such as the Moonlight Sonata and String Quartet Op. 131 will be performed alongside Beethoven’s lesser known compositions, including a selection of his songs and Mandolin Sonatinas. The early Piano Trio Op. 1 in C minor will be performed alongside the final Piano Sonata, also in C minor, and works from different periods, styles and concepts will feature in order to show the original hallmark of the composer’s personality at different ends of the spectrum.

“There is no composer who had such development during his life or who could show such extraordinary development within one work alone” comments Leif Ove Andsnes. “For instance in the Diabelli Variations, Beethoven uses a waltz composed by Anton Diabelli as the central theme. It’s rather banal and certainly nothing exceptional – but it is how he writes the 33 variations into a world of metaphors in such an existential way which is incredible. It is also quite telling that late in his life, Beethoven became increasingly interested in arranging folk tunes and, when one takes a closer look at some of his most complex works, there is often a folk tune hidden in there somewhere. So simplicity is ever present in Beethoven’s music even in his more complex works and how he combined the two to create, on the one hand an every day expression of life and, on the other, a lofty spiritual world, is unique.”

The Rosendal Festival takes place in the grounds of a 17th century manor house in the remote Hardanger Fjord. Inspite of its remoteness, the Estate flourished for centuries and its rooms are adorned with fine paintings and furniture from across Europe, including a working 1860 Pleyel piano. Recently recovered from under dust sheets is an earlier Streicher fortepiano, which the Rosenkrone family purchased in Copenhagen during the 1840’s and had shipped across the North Sea as a centrepiece for visiting musicians in Rosendal. Beethoven also owned an instrument made by Streicher which he once famously said was “too good for me … because it robs me of the freedom to produce my own tone.”  Restoration of the Rosendal Streicher is now under-way in the hope that it can be brought back to life this August and heard once again under the fingers of visiting musicians.

With its remote backdrop, surrounded by mountains, waterfalls and fjords, Rosendal is the ideal place for an intimate musical experience. “The four day experience of this music festival is indescribable” wrote Asia Music Weekly. ”With the backdrop of such wonderful scenery, the festival is somehow augmented by a deeper concentration of the theme and the high level of performance.”  Radio Klassik  (Austria) commented: “They exist – special places with their own special atmospheres. Stories and impressions which you treasure and take back home with you” to which La Repubblica (Italy) added  “and on that list you can introduce Rosendal … a chamber music festival rich and precious for the quality of the performers and for the depth of the themed programmes.”

In keeping with previous festivals, the Rosendal Manor House will host an exhibition curated by Professor Gunnar Danbolt. “This year’s exhibition features works by the Norwegian artist, Olav Christopher Jenssen (b.1954) who is interested in what can be conveyed in colour and form, rhythm and brushwork. Jenssen also explores the limits of what can be expressed, and his artistic production of graphics, drawings, paintings, relief work and installations throw light on the process that carries expression. Primarily, this takes place on the surface, but disappears into what seems like deep space located far away or far below. Here, we sense the boundaries of language. Nonetheless, language teases him, and since the 1990s the painterly process that we can observe from one layer to the next is accompanied by words and letters.”