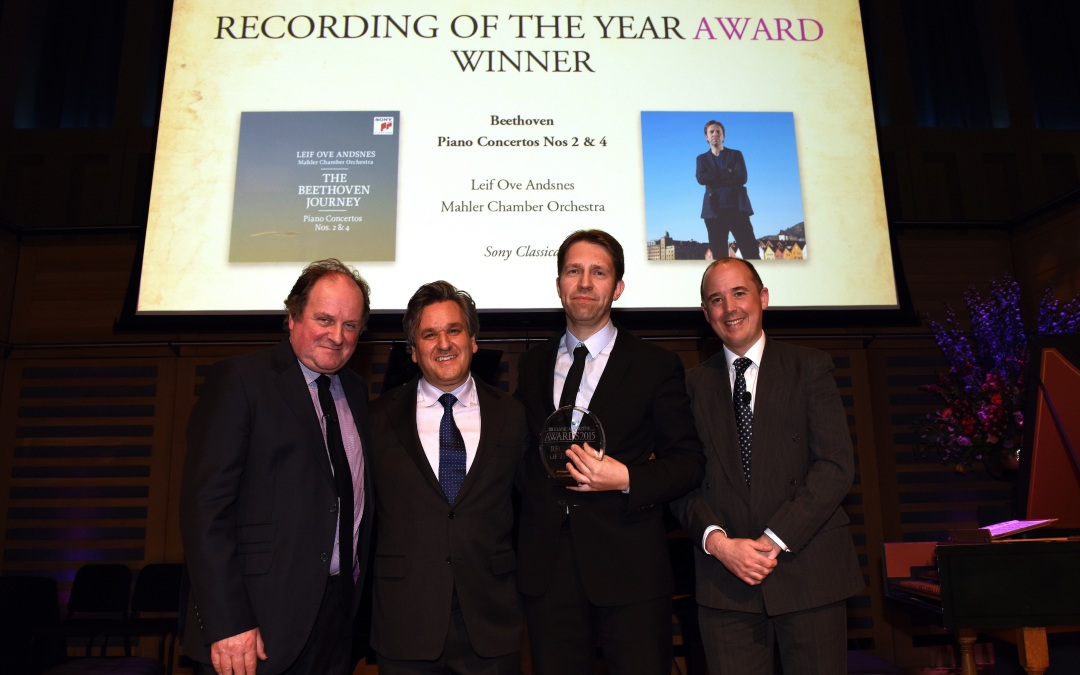 Leif Ove Andsnes and his partners, the Mahler Chamber Orchestra, have recorded the five Beethoven piano concerti and the Choral Fantasy during the course of their 4-year “Beethoven Journey”.  The second album of the 3-disc project – Beethoven Concertos 2 & 4- was released on Sony Classical in February 2014 and was nominated for the Concerto prize at the 2015 BBC Music Magazine Awards, which is voted on by the readers.

At the Awards Ceremony, which was held at King’s Place in London, Leif Ove was not only presented with the Concerto prize by the Norwegian Minister for Culture, Mrs Thorhild Vidwey, but was also given the Recording of the Year award by the jury, which was presented to him by Antonio Pappano, Music Director of the Royal Opera House Covent Garden. 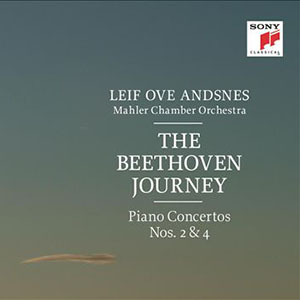 Leif Ove performed two Beethoven Bagatelles (Op. 119 no. 8 in C Major and Op. 33 no. 7 in A-flat Major) and gave a short speech thanking those who had made the “Beethoven Journey” possible, especially the musicians of the Mahler Chamber Orchestra, and the Kristian Gerhard Jebsen Foundation, who have generously sponsored the project.

The evening was rounded off with a surprise rendition of “Happy Birthday” with Maestro Pappano at the piano!  Congratulations Leif Ove.