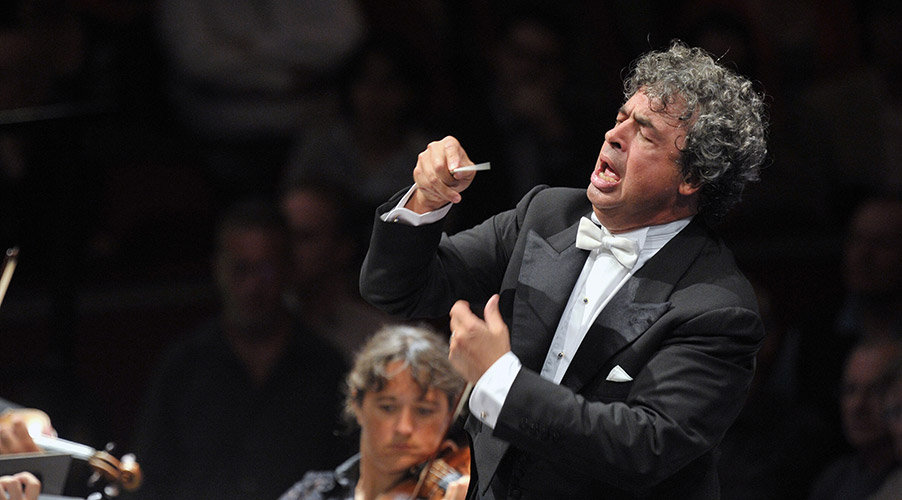 Maestro Bychkov with a young fan at the premiere

Die Presse writes, “On opening night the musical performance of all those involved was unchallenged – from the choirs, the soloists, to the almost unbelievable display of art and contrast drawn by Semyon Bychkov from the orchestra: from the delicate coloristic games of the sun’s rays during the introductory “dawn” to bloodcurdling sounds of bells, everything was heard as the composer and his orchestrator Dmitri Shostakovich conjured, from simple unison Russian folk music, to soaring cantilenas and their numerous musical transformations.”

Stefan Ender concurs in Die Standard writing, “At this State Opera Premiere the colours of the orchestra under Semyon Bychkov almost offset the scenic monochrome of the director Lev Dodin. As Claudio Abbado had when Khovanshchina last premiered in the house in 1989, Semyon Bychkov also chose the version of Dimitri Shostakovich, but without the quiet end of Stravinsky. But before the bombastic death by fire-finale, the Leningrad native conjured from the State Opera Orchestra a wealth of blooming colours and kept things flowing with dynamic and dancing conducting. […] Bravos and enthusiasm for all musicians, especially for Anger, Ernst, Furlanetto and Bychkov.”

Dominique Meyer, the Director of Wiener Staatsoper, is quoted in Russia’s Mail saying, “What is happening today in the orchestra pit – it is a miracle.” 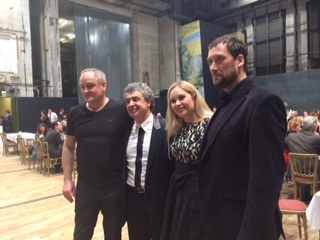 Semyon Bychkov at the premier of Khovanschina

The Mail continues, “The audience gave an ovation to the orchestra and conductor before each act, and not just before the last as is customary […] This Premiere of Khovanshchina became the central event of the season at the Vienna Opera. […] The main triumph was thanks to musical director Semyon Bychkov. For the seven weeks of work on the staging. Bychkov participated in every rehearsal, which took place twice a day.”

Der Kurier sums up the acclaim showered on the musicans by the audience and critics writing, “the musical side is simply brilliant and emotionally gets under your skin. […] For more than 20 years, this masterpiece was not seen in Vienna; the last premiere took place in 1989. At that time, the unforgettable Claudio Abbado was on the podium. In 2014 Semyon Bychkov is again a fabulous conductor conducting the equally fabulous orchestra, in every detail perfectly rehearsed. There is nothing negative to be said on the musical level. Conductor Semyon Bychkov, the wonderful orchestra, perfectly-rehearsed choirs of the Vienna State Opera and Slovak Philharmonic, and the great soloists told us all that was not seen in the staging…”

For more information and to purchase tickets, please visit wiener-staatsoper.at