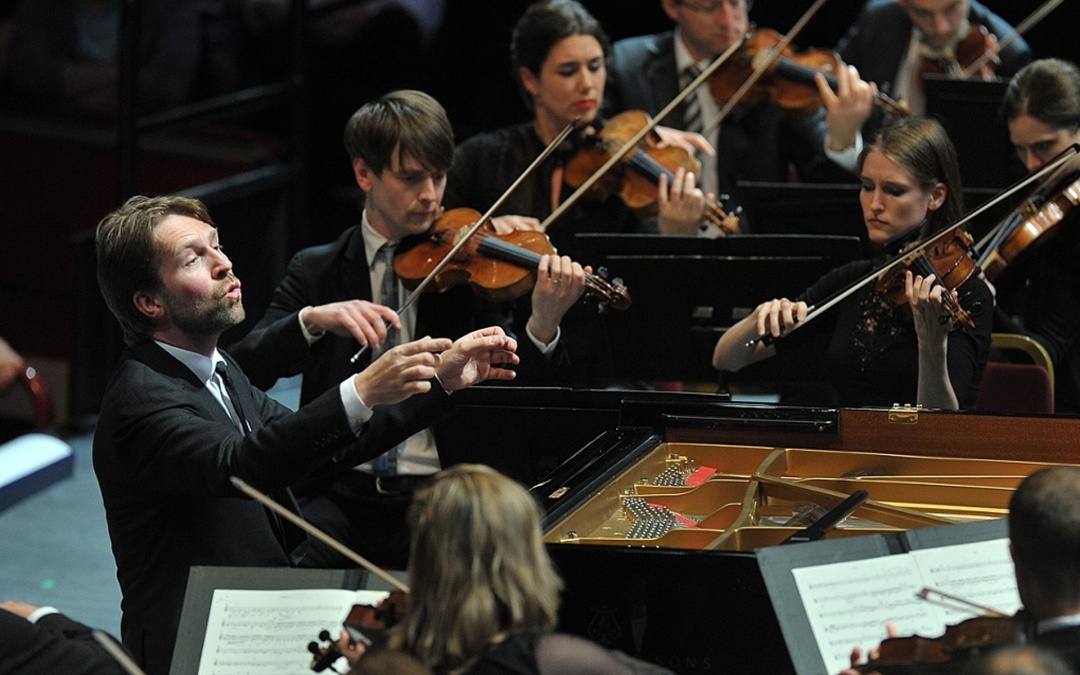 After an emotional farewell to The Beethoven Journey with three very special concerts at the BBC Proms at the Royal Albert Hall, London, the UK critics have been paying tribute to the final residency in Leif Ove Andsnes‘ four-year project …

“The full measure of his (Andsnes’) achievement won’t, perhaps, be apparent untilthe cycle closes on Sunday with the Emperor, a formidably difficult work to perform without a conductor. But the opening concert, containing the First and Fourth Concertos, gave us Beethoven of the highest quality. We were conscious from the outset of being in the presence of an enthusiast, the freshness of whose playing was startling. Andsnes’s Beethoven is big, forthright, passionate. The relationship between soloist and orchestra, he argues, “can feel like a bit like a musical battleground”, and he really brought home the music’s grandeur, drama and emotional volatility.”

“This was organic Beethoven, sounding spontaneous (but honed), with Beethoven’s own cadenzas. Unfussy and to the point in his conducting, with open hands that seemed to gather the members of the Mahler Chamber Orchestra even closer, Andsnes has always been a clear and direct performer at the keyboard: one of those musicians that likes the music to be the focal point. A packed Royal Albert Hall was clearly aware of the beginning of a Proms event …”

“Together they gave utterly absorbing performances that were a testament to the strength and subtlety of Andsnes’s interpretative stance in this music and an unequivocal vindication of his decision to direct all the concertos from the keyboard.”

“The epic journey through Beethoven’s five piano concertos from Norwegian pianist Leif Ove Andsnes and the Mahler Chamber Orchestra got off to a flying start on Thursday, with a five-star review from my colleague Geoffrey Norris. This second instalment was no less fine, and very different in feeling.

“What this concert gave us was the aspirational Beethoven: the man who wanted to wrap all humanity in one embrace. That came in his so-called “Choral Fantasy” for piano, orchestra and chorus. Before that, in the concert’s first half, we heard the stern military grandeur of the 3rd Piano Concerto, leavened here and there by a lovely sunny classical lyricism, and the occasional witty moment in the finale.”

“The Mahler Chamber Orchestra’s clean sound and tight articulation (in Concerto no. 1) heard the staccatos of the opening section double back from the back the Royal Albert Hall. The ensemble’s phrasing popped with crisp definition, and with Andsnes and his piano tucked closely into the orchestra, transitions into tender solo passages were smooth and unfussy … There was an optimism on display, which carried into more melodramatic episodes, such as in the first movement of the third concerto in C minor. And an immense energy was shared between the pianist and the orchestra, who between them brought the movement to a roaring end … ”

“With the piano nestling in the middle of the Mahler Chamber Orchestra, traditional ideas of the concerto as a contest between the forces were completely dispelled. Everyone here was on the same page, playing together with one mind. Facing not the most technically challenging of concertos, Andsnes was freed up to give attention to shaping the orchestral textures through conducting, or giving a lead through his quicksilver playing. There was a wealth of detail in the syncopated accents of the opening tutti, and he maintained the impetus throughout, up to the helter-skelter coda. There were some wonderful moments of dialogue between piano and cellos, and between piano and bassoon (Peter Whelan) which spoke of the pleasure that all involved were finding in the music.”

“When Andsnes returned to play and direct the concluding Choral Fantasy, the presence of the BBC Singers may well have galvanised pianist and orchestra to an even freer and more spontaneous performance than earlier and lent exuberance to this hybrid work which was thoroughly enjoyable from start to finish and carried the concert to its triumphant conclusion through enthusiasm and collective spirit.”

“Andsnes serves up not champagne or even stronger stuff but pure water from a Norwegian spring.”