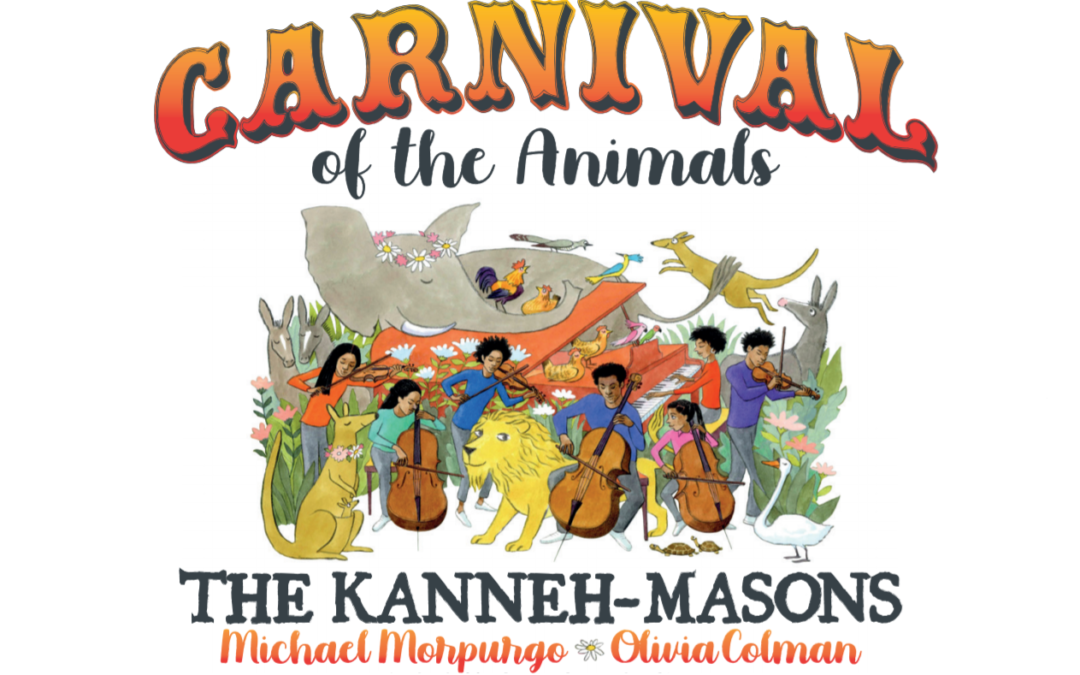 The Kanneh-Masons are excited to announce the release of Carnival, a very special collaboration between Academy Award-winning actor Olivia Colman, children’s author Michael Morpurgo and the seven “extraordinarily talented” (Classic FM) Kanneh-Mason siblings – Isata, Braimah, Sheku, Konya, Jeneba, Aminata and Mariatu. The brand-new Kanneh-Mason album, their first as a family, will be released on 6 November 2020.

Recorded at London’s Abbey Road Studios, the release includes new poems written by War Horse author Morpurgo to accompany French composer Saint-Saëns’ beloved musical suite ‘Carnival of the Animals’. The poems are read by the author himself, joined by The Favourite actor Colman, and guest musicians complete the ensemble for the suite.

Along with Colman’s readings interposing the humorous suite ‘Carnival of the Animals’, which represents different animals through descriptive musical motifs, the recording features Morpurgo’s heart-warming Grandpa Christmas story, set to music for the first time with classic tracks including ‘Dance of the Sugar Plum Fairy’, ‘Flight of the Bumblebee’ and ‘Sea Murmurs’.

Morpurgo reads the role of Grandpa, with the youngest Kanneh-Mason, Mariatu, reading his granddaughter. The album includes a new arrangement of Eric Whitacre’s ‘The Seal Lullaby’ featuring all seven siblings, aged between 11-24. It is also the debut recording for youngest sisters Konya, Jeneba, Aminata and Mariatu.

Also featuring on the album is the Kanneh-Masons’ own arrangement of Bob Marley’s iconic hit ‘Redemption Song’, marking 40 years since its release in 1980 – fewer than five years before the singer’s death.

The stunning artwork for Carnival has been specially commissioned from children’s illustrator Emma Chichester Clark, who has created a colourful storybook world featuring vibrant birds, friendly kangaroos, curious elephants and all seven of the Kanneh-Mason siblings – depicted, of course, with their instruments.

For the Kanneh-Masons, 2020 has presented one overriding positive: the opportunity for all members of the family to join together at home for the first time in over five years, performing together and sharing their extraordinary talents with the world via a series of livestreams, watched by millions around the world. In recent months, the Kanneh-Masons have found time to reflect:

“This album has grown from our passion as a family for making music together. This has been a heart-breaking time for musicians and performing artists. We want to share our love of music and our passion for communication. As young children, the power of combining music with storytelling is truly magical and we are honoured to have collaborated with Michael Morpurgo, Olivia Colman and the wonderful musicians who joined us, to create music that celebrates our connection with the natural world. Together, we want to inspire children and adults to listen more closely, to value our world and all the diversity within.”

Morpurgo adds: “To be making music and stories and poems with people of such talent, lifted our spirits, gave hope and happiness to everyone there, at a time when we all needed it most, left us all inspired to create a better world for all of us after this is over. I hope and believe all of you will feel the same once you have heard it.” 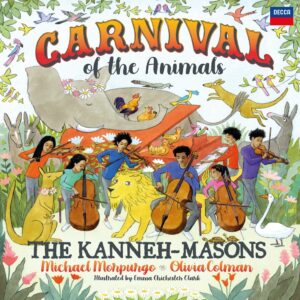 The Kanneh-Masons Carnival, featuring Michael Morpurgo and Olivia Colman, is released on Decca Classics on 6 November 2020

Michael Morpurgo is the former Children’s Laureate and best-selling author of over 150 books, including Private Peaceful, Kensuke’s Kingdom, The Butterfly Lion, and War Horse, which became a hugely successful production from the National Theatre and a movie by Steven Spielberg. In 1976, Michael and his wife, Clare, started the charity Farms for City Children which offers children and teachers from urban primary schools the chance to live and work on a working farm for a week, and gain hands-on experience of the countryside. Michael received a Knighthood in 2018. www.michaelmorpurgo.com | www.farmsforcitychildren.org

Olivia Colman is an Academy Award winning actress for her role as Queen Anne in The Favourite for Fox. She is currently playing the leading role of Queen Elizabeth II in Series 3 and 4 of The Crown for Netflix/Left Bank Pictures. She is also playing a leading role opposite Anthony Hopkins in Florian Zeller’s feature film The Father. She is well known for her role as DS Ellie Miller in ITV1’s hit drama Broadchurch, for which she was awarded the BAFTA for Best leading Actress in 2014. Olivia won the Golden Globe for Best Supporting Actress in a Series for her role in The Night Manager for AMC/BBC. She also plays the in Fleabag, created by Phoebe Waller-Bridge for BBC One, and appears in Les Miserables directed by Tom Hooper, also for BBC One. On stage Olivia most recently appeared on-stage at The National Theatre in Mosquitoes, directed by Rufus Norris. Other recent theatre credits include Howard Davies’ production of Hay Fever in the West End.