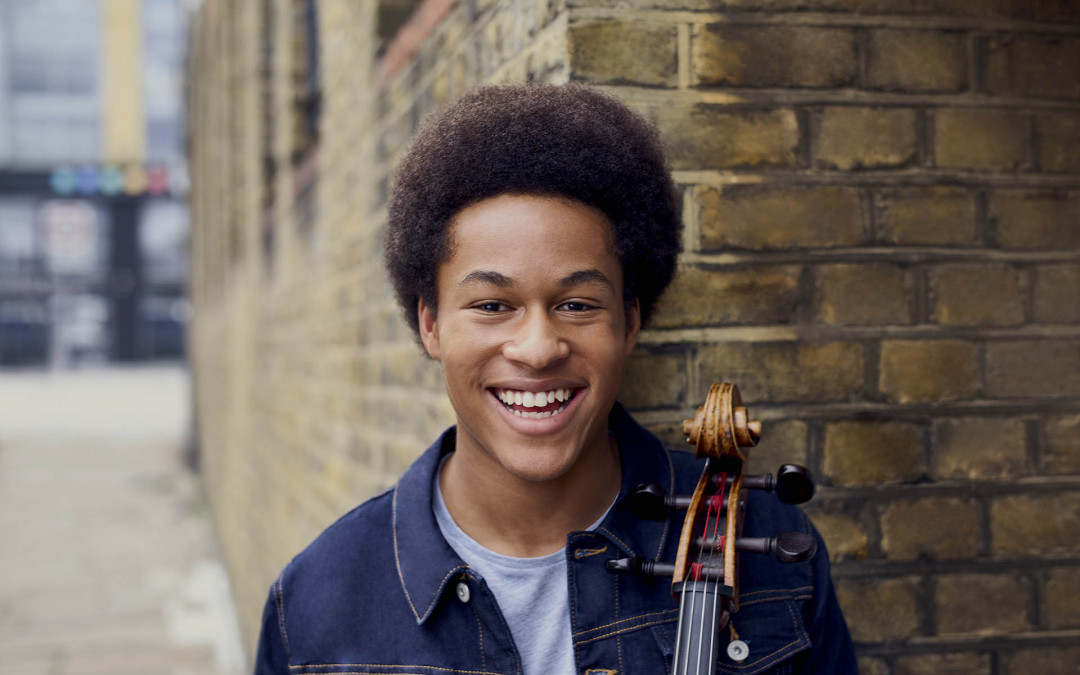 One of the brightest young stars in classical music, teenage cellist Sheku Kanneh-Mason, is teaming up with the City of Birmingham Symphony Orchestra (CBSO) and Music Director Mirga Gražinytė-Tyla for his debut album ‘Inspiration’ – to be released on Decca Classics on 26th January 2018.  Order your copy here: https://decca.lnk.to/InspirationTW

Recorded in Birmingham and Sheku’s hometown of Nottingham during two CBSO concerts conducted by Gražinytė-Tyla, the album features Shostakovich’s Cello Concerto No.1 – the piece which propelled Sheku to fame as the first black winner of BBC Young Musician in the competition’s 38-year history.

Sheku has been on a whirlwind adventure since winning BBC Young Musician 2016 – performing Leonard Cohen’s ‘Hallelujah’ at the BAFTAs in front of Their Royal Highnesses The Duke and Duchess of Cambridge, playing at 10 Downing Street as part of the 30th anniversary of Black History Month, and making his BBC Proms debut as a soloist with Chineke! – Europe’s first majority BME (black and minority ethnic) orchestra – with the video of his performance going viral. All this whilst completing his A-Levels, graduating from Trinity School in Nottingham and starting his studies at the Royal Academy of Music in London.

Sheku’s debut album ‘Inspiration’ is a deeply personal collection of pieces which have inspired him in his career so far. From his school music teacher who first encouraged him to play ‘Evening of Roses’ to the great cellists – Mstislav Rostropovich, Pablo Casals and Jacqueline du Pré – who inspired him to play ‘Tears for Jacqueline’ and ‘Song of the Birds’, while Sheku’s passion for Bob Marley gave him the enthusiasm to write his very own arrangement of ‘No Woman, No Cry’. Sheku’s friends and fellow musicians are also a source of inspiration for the album, including BBC Young Musician winner Guy Johnston, who joins him for ‘Sardana’.

‘The Swan’ from The Carnival of the Animals by Saint-Saëns is one of the world’s best-loved cello melodies, so Sheku recorded this piece in a brand new version for 12 cellos and harp, with the aim of inspiring other young people to take up the cello and explore classical music.

Sheku began to play the cello at the age of 6, after attending a concert in Nottingham. By the time he was 9, he had achieved Grade 8 and earned the top marks in the country. Since then he has won numerous awards, including the Royal Philharmonic Society Young Instrumentalist Prize and the Southbank Breakthrough Award – following in the footsteps of previous winners Stormzy, Tom Hiddleston and Billie Piper.

Sheku comes from an incredible musical family in which all 6 of his siblings (he is the third child of 7) play instruments to a phenomenally high standard – yet neither parents are musicians. They were the subject of a BBC Four documentary ‘Young, Gifted And Classical: The Making Of A Maestro’.

Sheku is passionate about building better opportunities for young people of any background to learn music at school and is the Junior Ambassador for music education charity London Music Masters. He says, “I would love to inspire more diversity in young people taking up classical music – it would be a really wonderful thing if I could be a role model in that way.”

In between his packed concert schedule, Sheku still finds time for his other hobbies – he enjoys football, table tennis and listens to a wide range of music from Bob Marley to Mozart and Mahler.