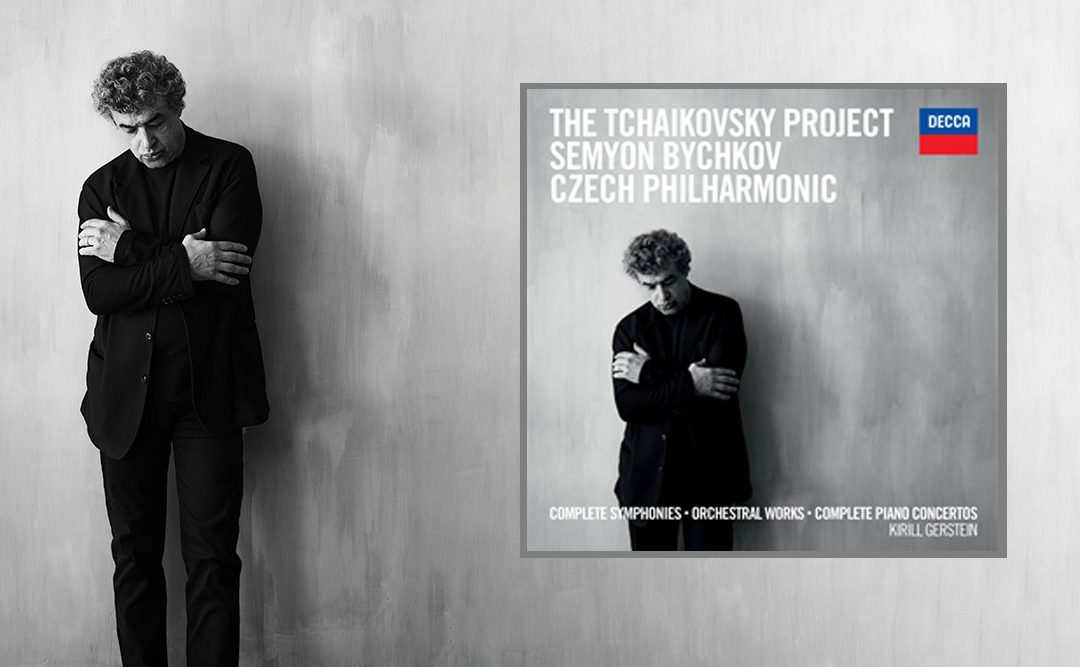 Inspired by his lifelong passion for the music of Tchaikovsky, Semyon Bychkov partnered with the Czech Philharmonic three years ago to launch The Tchaikovsky Project, an in-depth multi-season exploration of the composer’s music through concerts and Mr. Bychkov’s first-ever recordings with the orchestra. He has since been appointed Music Director and Chief Conductor of the orchestra, and together they continue The Tchaikovsky Project with a seven-disc box set of the composer’s complete symphonies, complete piano concertos with soloist Kirill Gerstein, Romeo and Juliet Overture-Fantasy, Serenade for Strings, and Francesca da Rimini—all recorded in Prague at the Rudolfinum’s Dvořák Hall. Released by Decca Classics on Friday, August 30, The Tchaikovsky Project is the label’s first Tchaikovsky cycle in nearly 40 years and the first in high-definition 96K/24-bit sound.

According to Mr. Bychkov:

“The Tchaikovsky Project first originated when I was asked if I would be interested in recording Tchaikovsky’s symphony cycle with the Czech Philharmonic. It took me about thirty seconds to realize that the idea was absolutely fascinating. I thought the combination of the Czech Philharmonic being what it is, and the orchestra’s country having its Western traditions and belonging in the West as well as the East, would create a very interesting approach to express the spirit of Tchaikovsky’s music—one that would be neither purely Russian, nor purely Western, but in a way a mixture of the two. And I think this is what makes the project so fascinating because at the end of the day, as is the case with all great music, the music of Tchaikovsky is universal.”

Mr. Bychkov too shares strong ties to the cultures of both Western Europe and the Slavic East, and he established a strong rapport with the Czech Philharmonic after debuting with the orchestra as a guest conductor in 2013. His relationship with the orchestra now as Music Director and Chief Conductor is described by Czech Philharmonic CEO David Mareček as “an outstandingly fortunate match.” Mr. Mareček continues:

“The musical chemistry is obvious whether in Tchaikovsky or Dvořák, as we heard on tour in the United States, in Germany, and in Vienna. The musicians, my colleagues, and I believe that it is equally audible in the new Tchaikovsky box set and are very happy to have such a beautiful and wide-ranging musical experience to mark the start of our relationship.”

For these recordings, the artists enjoyed an unusually long collaboration period in Prague that included numerous rehearsals and concert performances of each work before it was to be recorded. As Mr. Bychkov says, “If we are to offer new recordings of these great works, we have no right not to invest everything in them.”

Select recordings from this box set were previously released as standalone albums in 2016 and 2017. The Tchaikovsky Project Volume 1 comprises Symphony No. 6 (“Pathétique”) and Romeo and Juliet Overture-Fantasy, while Volume 2 is devoted entirely to the Manfred Symphony.

Prior to The Tchaikovsky Project, Mr. Bychkov conducted six recordings featuring the works of Tchaikovsky, including with the Berlin Philharmonic, Orchestre de Paris, and Royal Concertgebouw Orchestra. His 1993 recording of Eugene Onegin with the Orchestre de Paris won numerous awards and was named one of Operamagazine’s 30 “all-time great recordings.” He has also conducted Tchaikovsky concert series with the BBC Symphony Orchestra and New York Philharmonic as part of his ongoing, multi-season focus on the composer’s music. For more information, visit semyonbychkov.com.

Founded in 1896, the Czech Philharmonic is an internationally acclaimed orchestra that was voted among the top 20 orchestras in the world by Gramophone. Composed entirely of Czech musicians and first conducted by Antonín Dvořák, the orchestra has a rich history that reflects both its place in the center of Europe and its country’s turbulent political history. Acknowledged for its definitive performances of the Czech repertoire—its première recording dates back to 1929 when Chief Conductor Václav Talich conducted Smetana’s Má vlast for release on 10 discs—the Czech Philharmonic has also maintained a special relationship with the music of Brahms, Tchaikovsky, and Mahler, the latter of whom was born in the present-day Czech Republic and conducted the orchestra in the 1908 première of his Symphony No. 7. The orchestra’s recordings have won numerous awards, including ten Grand Prix du Disque de l’Académie Charles Cros, five Grand Prix du disque de l’Académie française, and several Cannes Classical Awards, as well as a Grammy Award nomination in 2005. Current Music Director and Chief Conductor Semyon Bychkov began his tenure in the 2018–19 season, succeeding the late Jiří Bělohlávek. For more information, visit ceskafilharmonie.cz.