At 19 years old, Johan is already making an impact on the international scene, performing with leading orchestras and in important recital halls both at home in Sweden and abroad. Gramophone Magazine has called Johan “A prodigious young talent… A young performer entirely at one with his instrument”.
His honest musicality, combined with an ability to engage with musicians and audiences alike, has won him many admirers, most recently as the First Prize winner of the prestigious 2019 Carl Nielsen Competition, which was broadcast to audiences worldwide on medici.tv, with The Strad writing that ”the revelation of the evening, producing perhaps the most individual performance of the Tchaikovsky Violin Concerto I have ever heard… His sound character was mercurial.”

Johan has recently appeared as soloist with the Stockholm Philharmonic, Oslo Philharmonic, New Japan Philharmonic, and the Swedish Radio Symphony Orchestra, with whom he will be Artist in Residence in 20/21. On 10 December he performs for the first time with with the BBC Symphony Orchestra (Bruch Concerto) and forthcoming orchestral engagements include the Leipzig Gewandhaus Orchestra, Camerata Schweiz, Orchestra Filarmonica di Torino among others.
In 20/21, Johan will perform recitals at Carnegie Hall as part of their Distinctive Debut Series, Schleswig Holstein Music Festival, and at London’s Wigmore Hall, in a recital which will be broadcast live on BBC Radio 3. He is a BBC New Generation Artist from 2019-21 and during this time will perform recitals, chamber music and concerti with the BBC orchestras.

The first disc, to be released on 6 December will feature the Tchaikovsky and Barber violin concerti, recorded with the Norrköping Symphony Orchestra conducted by Daniel Blendulf (BIS-2440 SACD). “I am so excited about the release of my first recording on the BIS label this week”, commented Johan. “I have a close connection with the Norrköping Symphony Orchestra and it was a dream come true to be able to record two of my favourite violin concerti with them and Daniel Blendulf. I am very much looking forward to beginning this journey with BIS, and to working together on new and exciting recordings over the coming years.

Future recording plans with BIS will include a disc with Christian Ihle Hadland, piano, encompassing Nordic music for violin and piano, a recording with the Swedish Radio Symphony Orchestra to include the Nielsen Concerto, and a disc of solo violin repertoire. 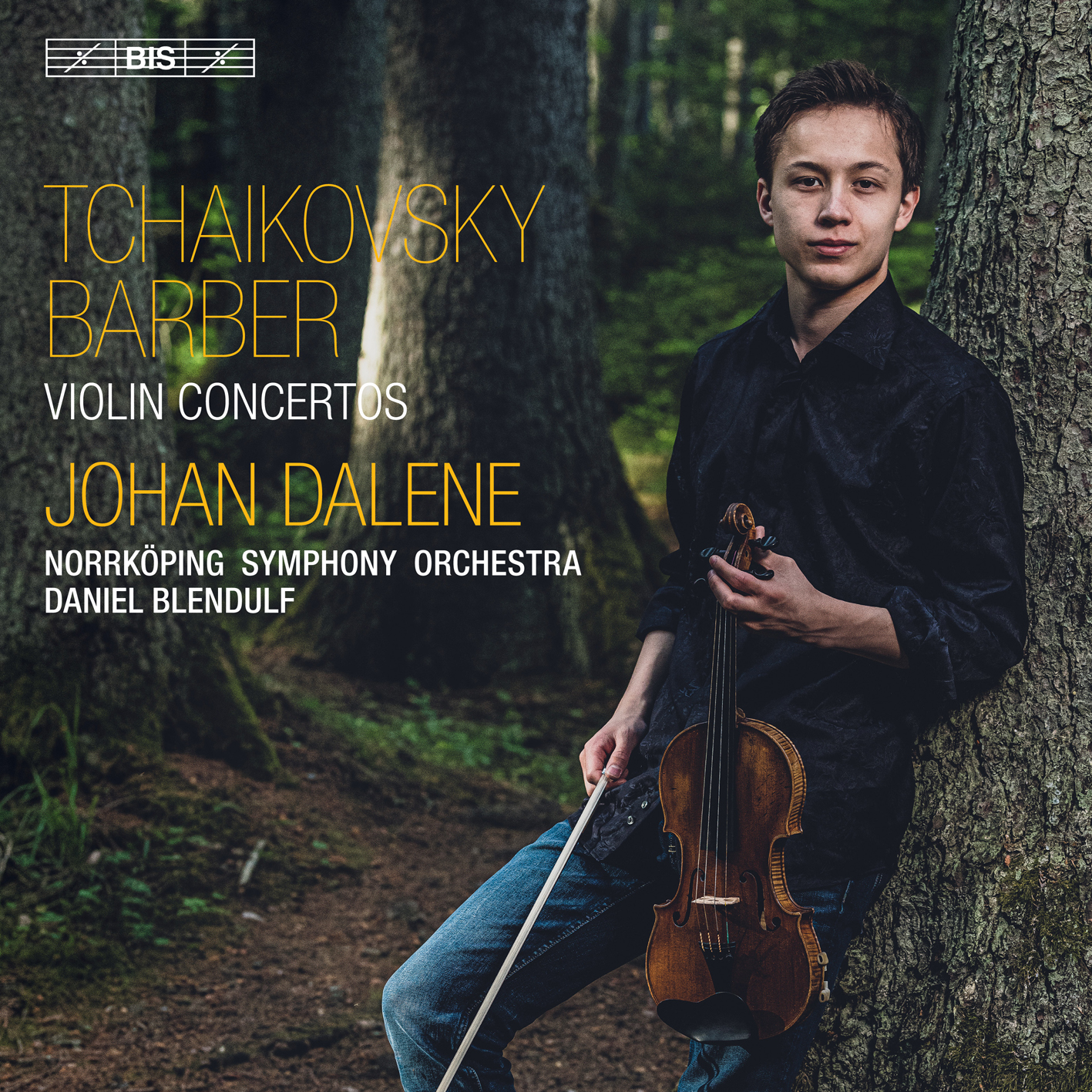 BIS CEO Robert von Bahr writes: ”What really makes me tick is when we can sniff out the real talents with a great future and take them on at the ground floor, so to say, giving them their respective world careers. Our track record in this respect is quite impressive; names like Osmo Vänskä, Martin Fröst, Christian Lindberg, Sharon Bezaly, Dan Laurin, Alexandre Kantorow, Paul Wee, Yevgeny Sudbin crop up. And now Johan Dalene, this indecently gifted young artist. It is not the technique, that’s ubiquitous nowadays; it is the techical mastery coupled with a musical insight very far beyond his young age. Such things cannot be learned – they are there – or not. So we’re extremely happy to say that, with Johan, we have signed the only fourth exclusive contract in BIS’s 46 year old history. That, basically, says it all.”